By Linda Hill
Posted July 29, 2019
In Advice for Carers, Becoming a Carer
What happens when allegations are made against a foster carer? 2019-07-292020-06-18https://likafamilyfostering.co.uk/wp-content/uploads/2021/12/lika-family-fostering-logo.pngLika Family Fosteringhttps://likafamilyfostering.co.uk/wp-content/uploads/2019/07/allegations-against-foster-carer.jpg200px200px
0

What happens when allegations are made against a foster carer?

For many foster carers or people thinking about foster caring, having a child make allegations against them is the ultimate nightmare scenario. It can even be enough to put some people off fostering altogether.

It doesn’t need to be.

Foster care agencies and local authorities have long-established procedures to get to the bottom of any allegation that is made, whether it is ultimately substantiated or not.

The purpose of this article is to help you understand why children sometimes make allegations, what happens when they do, and what support you, as a foster carer, receive if you find yourself in this situation.

There are two main reasons foster children sometimes make allegations against a foster carer (aside from an allegation being true, of course).

A child who has been abused in the past but is now safe may remember their abuse differently and claim an abuse occurred in a different time or place to when it actually happened.

It’s all linked to brain development.

When a child feels unsafe, they spend a lot more time using their more basic brain (the fight- or-flight part of their brain). But when they’re in a safe place, they can do more higher-level or “executive” brain functioning. That means they can start to process things a bit more.

Children try to block abuse out and when they’re finally in a safe place, like a foster carer’s home, those memories start to resurface. Because their brains are not yet sophisticated, those memories flood back as if they happened today.

So on one level, it’s good news. It means the child feels like they’re in a safe place. On another level, it’s obviously awful having allegations made against you.

Sometimes a child is testing the resilience of their foster carers

The other common type of allegation made against foster carers doesn’t involve past abuse.

Usually, the child will make an allegation to test the foster carer, to test whether a carer is willing to stand by them during the allegation process. They test because they’d rather know immediately if the foster carers aren’t really invested in them. They’re asking “will these adults care enough to work through everything with me, even if it gets tricky? Or will they drop me at the first time of trouble?”

Foster children know the process that happens after an allegation is made, and if they’ve made a false allegation, they almost always retract it as soon as the local authority visits to talk to them.

How common is it for a foster child to make allegations against a carer?

Our main allegations trainer at Lika Family Fostering has more than 35 years’ experience as a foster carer. Of allegations being made against a carer she says “it’s not about if; it’s about when.”

Allegations aren’t noted on your record unless they’re substantiated.

What kinds of accusations are we talking about?

People thinking about becoming foster carers tend to worry they’ll be the subject of a sexual abuse allegation. In fact, usually, allegations are about inappropriate chastisement — smacked bottoms, for example.

During the investigation into an allegation it normally becomes apparent quite quickly if what the child has said is not what happened. 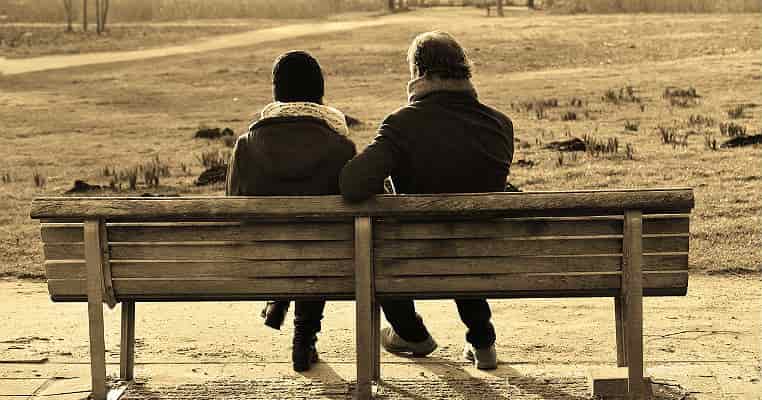 During the investigation into an allegation it normally becomes apparent quite quickly if what the child has said is not what happened.

There are several levels of allegation:

This could include the child saying that the carer did not allow them to have sweets or shouted at them once when they were running into the road.

For example, a child being prevented from eating with the family, or being made to wash their soiled bedsheets in the garden.

Where there have been allegations of physical, sexual, or emotional abuse or neglect.

How does the foster care agency generally learn about the allegations?

Usually it’s because the foster carers tell them. They have to report it. But it could be reported through the child’s school. It depends where the child makes the allegation initially.

How are accusations against foster carers treated?

As awful as allegations are for the foster carer, it is important to remember that the children making the claims have sometimes experienced abuse for years without anyone showing them that they are worthwhile any kind of intervention.

So, even if the foster care agency (including your supervising social worker) thinks the allegations are not true, they have to show that child that they are taking them seriously.

It’s the agency’s (and the social worker’s) job to prove they will do anything to listen to the child and to take them seriously. That’s the priority. The child needs to feel safe.

The foster carers, however, need to know their foster care agency and supervising social worker are not assuming what is alleged definitely happened. 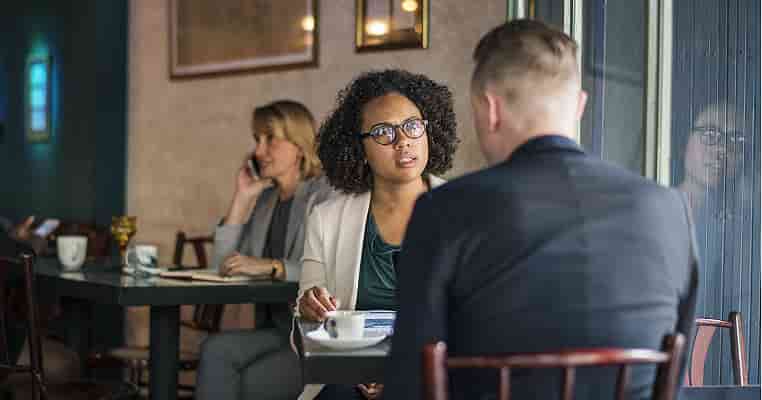 Your foster care agency and your supervising social worker do not assume what is alleged definitely happened.

What’s the process when allegations are made?

What’s it like for the foster carer against whom allegations are made?

It can be a very difficult time for a foster carer when allegations are made – in particular because the foster care agency you’ve come to rely on isn’t allowed to share any information with you. They can’t even tell you what the allegation is, only that one has been made, and what the process will be.

READ MORE: What’s it like being a foster carer in the UK?

That can feel a little bit isolating for the foster carers, so certainly at Lika (we can’t comment on other agencies) we pay for carers to be members of the Fostering Network. The network can give you independent advice and support, while your supervising social worker focuses on the young person. 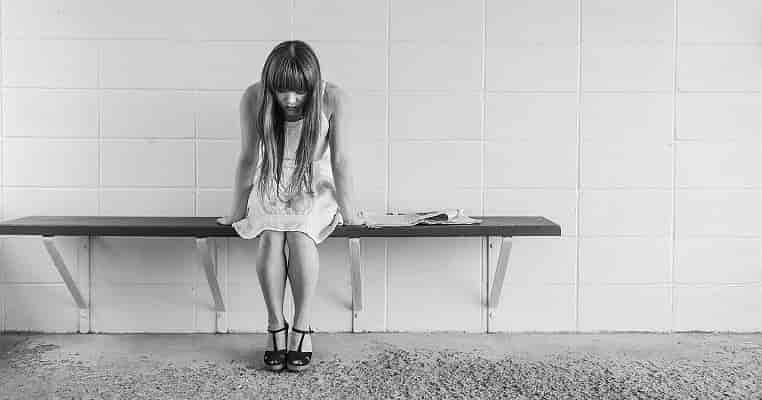 Being the subject of an allegation can feel isolating.

If the claims are substantiated then, obviously, yes, it will end a placement. Fostering agencies are required by law to safeguard the interests of all children placed with them and to protect them from suffering significant harm.

But where false allegations have been made, there is usually no reason to end a placement. The main reason a placement would end is if the foster carer found it too difficult to continue.

What does it take to get over having false allegations made against you?

Coming to terms with a false allegation requires an understanding of the child’s intention. If you feel a child was intentionally trying to ruin your foster caring career, that’s going to be understandably difficult to get over.

But, to be honest, that’s not usually a foster child’s first thought. What’s normally going through a young person’s mind is the trauma they have suffered in the past. They just need to know that this new world that has opened up for them (you, your family and your home) is not going to be abusive and these new people who are looking after them are resilient.

READ MORE: What kind of support does a foster carer get?

If, as a foster carer, you can say to the child “you’re not going anywhere but this behaviour needs to change — and you and I are going to do that together” then the child will know you’re committed to working with them, even around really horrible and uncomfortable things. 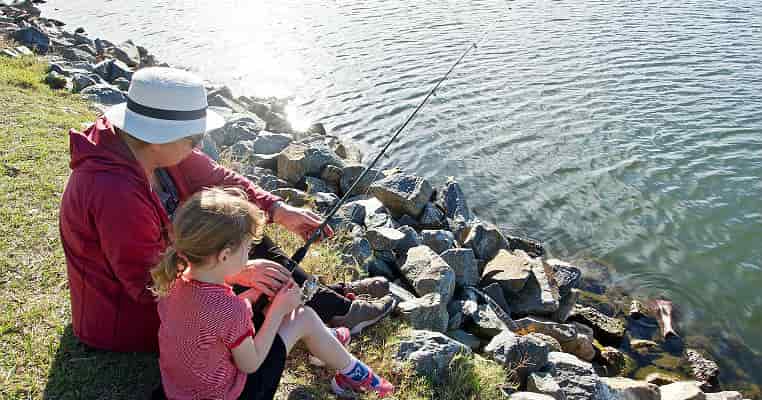 Let the child know you’re committed to working with them, even after something as uncomfortable as a false allegation.

What’s the best advice for foster carers to prepare them for allegations?

One of the key elements to allegations is practicing Safer Care, which is a long list of processes and practical ways to provide optimal care. (It’s things like dressing appropriately at all times, not having strangers come into the home, and recording what your responses have been on any out-of-the-norm situations, for example.)

If you do that, the chances of a false allegation being held up against you are very, very low.

Children who have experienced abuse will probably make an allegation again. The take-home message is, if you practice Safer Care — and if you understand that the intention of a severely traumatised child is just to make sense of their world — then you can work through any false allegations.

Live in South or East London and interested in becoming a foster carer? 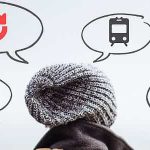 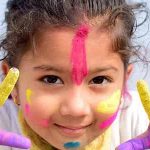 Right foster carer, right foster kid: the inside story of a foster placementBecoming a Carer