By Linda Hill
Posted December 12, 2017
In Advice for Carers
Being in Foster Care: How does a Child Understand2017-12-122021-12-09https://likafamilyfostering.co.uk/wp-content/uploads/2021/12/lika-family-fostering-logo.pngLika Family Fosteringhttps://likafamilyfostering.co.uk/wp-content/uploads/2017/12/grp-sup-nirb49luz8te1p5audu8q9ig8ljhtyu2qanqz6e8qg.jpg200px200px
0

Kat is 27 and currently half way through her Assessed and Supported Year in Employment as a social worker for children who are looked after. She qualified as a social worker with an MSc. in Social Work in March 2017 after having completed the Step up to Social Work programme through the West London Alliance/University of Hertfordshire partnership. She is passionate about working with children looked after and being on foster care.

Being in Foster Care: Helping Children to Understand Themselves

What these children and young people therefore need from their social workers and foster carers is for us to be someone who can help them understand themselves. And I mean this not only in the sense of undertaking the more traditional ‘life story work’ of helping explain to them where they have come from, the things that have happened to them and the decisions that have been made about them. I mean, perhaps even more essentially, helping them to find the words (or other form of expression) to make sense of what they are feeling, not to others, but on a very basic level, to themselves. They need adults around who can hypothesise with them and model to them what it is that is making them feel or behave the way they are doing.

I do this by asking questions, and encourage carers to do the same. To say: “do you think you’re maybe feeling (insert emotion here) because of (insert explanation here?)” or “do you think perhaps when you did (action), that was because you were feeling (emotion) about (event)?” These might sound like leading questions, which goes against the grain of most of what we are taught about “active listening”, and using open questions to give our children and young people the opportunities to express their own views and feelings. Unfortunately, too often that doesn’t work with looked after young people because they don’t understand what they are feeling or why or what being in foster care is like.

This is especially true for children who have experienced neglect during their early years. In the same way that children learn all language, they learn to identify and express their emotions because they have an attentive adult that names their experiences for them. So we say to weaning babies “oh you’re eating that banana” and they learn to say: “I am eating a banana”. We also do this with feelings.

An attentive caregiver will say to a child “oh dear, you’re feeling sad because you didn’t get to have a turn playing with the best toy today” and the child learns “the feeling I’m feeling is sadness and there is a reason why I am feeling it”. (The attentive caregiver also provides the crucial ‘containment’ of these negative emotions). This is a vital skill that children who have missed out on attentive and emotionally attuned early caregiving lack.

Whereas most children will eventually learn language, even if they do this via the TV, the experience of having someone who cares notice, empathise with and explain your experiences back to you is pretty irreplaceable. This means we sometimes need to throw what we think we know about neutral, open questions out of the window, and occasionally, start thinking about communicating with a much older child, even a teenager, like we would communicate with a toddler. I don’t see this as leading children, or patronising them.

Done skilfully it is part of a joint hypothesising together with and alongside them. It’s often much easier to say what you are not feeling than what you are, and in my experience children won’t hesitate to tell you when your hypothesis is wrong. But it helps them to begin to think about what they are feeling and why, and it literally gives them the language to be able to do this.

Being in Foster Care: Patience and Empathy

The other side of this coin is that these children and young people need incredible patience and empathy. I think everyone who signs up to be a foster carer has these things already, but most possibly don’t realise the vast reserves that they will need!

On paper it’s easy to read a child’s history and empathise with them and want to help. In practice, when that child is your responsibility and continues to behave in a completely illogical and sometimes counter-productive way day in and day out it can be hard to remember that they’re only behaving that way because they lack self-understanding. If you don’t understand how you feel or why, you’re not necessarily going to behave in a way that makes sense to anyone.

What foster carers need to do is remember that the child or young person is making choices and is responsible for their actions, but that they maybe lack the basic tools they need to make good choices, and above all, they might not be able to tell you why they have made the choices that they have. A teenager who runs away all the time might say “I dunno” when you ask them why, and they’re not necessarily being difficult or dishonest – they themselves might genuinely not know why they are behaving like this. And of course it’s important to remember that most of the behaviours that looked after children exhibit but that social workers and foster carers see as undesirable – not trusting others, lying, stealing, running away, skipping school, drinking or taking drugs, self-harming etc. are actually coping mechanisms that these children have learned to manage in a world that has predominantly been frightening and unpredictable for them. It’s not enough to tell them not to do those things.

We have to instead find ways to help them cope with being in foster care without resorting to things that may harm (in the broadest sense of the word) themselves or others. Where carers sometimes fall short in this respect is when they are overwhelmed with frustration and disappointment that, despite their best efforts, the child they are trying to help is continuing to make these illogical choices. Some carers then struggle to see that the child isn’t deliberately trying to be difficult or to put themselves at risk. This is an all too human response. I would be lying if I said that I wasn’t guilty of the same thing on occasions myself (and it’s only my job, foster carers live with these children all the time).

In my experience, that’s the point when you need to take a break. Whether it’s through formal respite or simply through the backup or joint carer stepping in so you can sit in a coffee shop with your headphones in or hit the gym for an hour, it’s really important. Because at the end of the day we’re trying really hard, and it’s tiring and even frustrating when our efforts are unsuccessful. But we need to remember that isn’t the child’s fault, and knowing when you need to take a bit of space to cool off and reflect on that is in itself an important skill for caring.

None of us have magic wands to help turn things around for these vulnerable children and young people. However, we need to remember that it’s through their relationships that they have been hurt, and that it’s only through relationships that they will heal. They need us to be those attentive and emotionally attuned caregivers, and not to let our own frustration get in the way of that, because no matter how stressed out we may be feeling, it isn’t a patch on what they have had to deal with.

We hope the information helping a child to understand what it’s like being in foster care has inspired you. 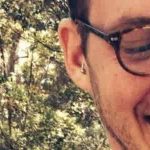 Fostering Assessments: Intrusive? Or telling a story?Advice for Carers, Becoming a Carer 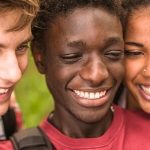