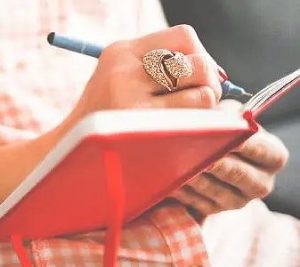 Daily Logs – Everything a foster carer needs to know

Author: Jamie McCreghan
On: Jan 6, 2021
In: Advice for Carers, Becoming a Carer

Writing daily logs is part of the job for every foster carer in the UK.

These logs are a written account of what has been happening for a young person while they’ve been looked after by their foster carer on any given day.

Consistently not completing a daily log on time, or keeping a log that is not accurate or not of a high quality, could lead to a foster carer being supported through a formal standards of care process, to improve this area of development.

If you want to know more about becoming a foster carer in London, ask our team here

What should a foster carer include in a daily log?

Daily logs should include:

That may seem like a lot to cover in a daily log, but with practice and feedback from their supervising social worker on how these logs are written, most foster carers get the hang of it quickly and use a quite structured approach to these logs.

What happens to the daily logs?

The logs are regularly sent to the young person’s social worker.

The social worker reads the log entries to gauge how the young person is being cared for, to monitor how they’re developing and to track behavioural patterns.

The logs then become part of the local authority’s formal record of the young person in care.

(At Lika, we send these securely on behalf of our foster carers to the young person’s social worker.)

What’s it like being a foster carer in the UK?

Safer caring is the term we use when we describe how foster carers show they’re sensitive to the risks posed to the young people in their care. It’s all about putting plans in place to ensure the foster placement, the young person and anyone living in the household are safe.

There are several ways this is done, and writing daily logs is a big part of that.

The intention behind writing these logs is to demonstrate how a young person is being cared for and kept safe and how their lives are being improved. It means we have a written narrative of a young person’s time in foster care, which they can look at either while in care or when accessing their files in later life.

Also, daily logs are there to protect both the young person and the foster carer in mitigating against allegations, by providing a date-stamped record of safer care in the placement. Around a third of foster carers in the UK have had allegations made against them, making daily logs an essential part of the role.

What happens when allegations are made against a foster carer?

One way to create safety, closeness and honesty in fostering relationships is for foster carers to be transparent with the young people in their care.

At Lika, if the young person is at an age where they can understand and they aren’t being exposed to sensitive information, then we ask our foster carers to show their young people what is written in the daily logs.

After all, it’s the young person’s log — so having a sense of how their foster carer records their life opens up a space for discussion. It’s a great way to talk about how to write and describe events in the day, to listen to one another’s perspectives and to negotiate on language.

This approach is also supported in the NMS: “Children are actively encouraged to read their files, other than necessarily confidential or third-party information, and to correct errors and add personal statements.” (From Section 26).

Here are some pointers to help any foster carer in the UK write a great daily log.

Here’s a good example of what a foster carer might write in a daily log. In this example we’re talking about BK — an 11-year-old who recently came to live with foster carer, Nazanin.

“BK was up quite early again today at around 5.30am. She had a bowl of cereal and some toast. There seems to be a pattern that on Mondays she wakes early. She was dressed and ready for school, which is something new that BK had not done since staying with us.

“We played some games in her room for a little while and I was able to ask her some questions about morning times where she used to live. I was curious to know how adults usually responded to her when they noticed she might be worried about something.

“What I had taken from this talk was that BK can feel a bit nervous about school on Mondays, as she is still making friends and doesn’t sleep well. She described having regular nightmares. She’s asked that we have a ‘wake up, it’s Monday morning’ game time to help her relax before leaving for the day.

“I dropped BK off at the school gates for 8.30am, where she seemed to be in a good mood.

“After picking BK up from the school gates at 3.30pm, we went home. She played in her room for two hours before dinner prep together.

“BK had a snack of crackers, cheese and an apple whilst making dinner together. We had dinner at 6.30pm, which BK had cooked for us as she wanted to show what she had learnt in cooking class this week.

“BK made spaghetti and meatballs. Over dinner BK talked a bit about her parents. The trigger was a domestic abuse story on the news. There were no new disclosures; however, the discussion allowed us to talk about what she missed about her parents but also how this time apart whilst in care has left her feeling safer.

“We played Uno after dinner until bedtime at 8.30pm. BK brushed her teeth and read for half an hour in bed before lights out for 9pm.”

If you’re in south or east London and you’re interested in becoming a foster carer, give the helpful team at Lika a call on 020 8667 2111. We’re here to answer all your questions. 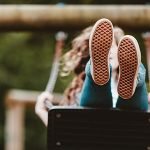 How safeguarding protects both young people and foster carersBecoming a Carer 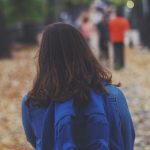 How to end a foster care placement therapeuticallyAdvice for Carers