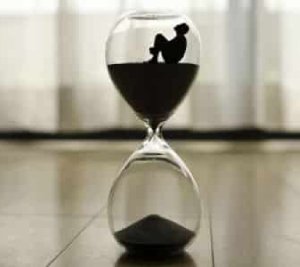 What happens if I want to end a foster placement?

So it can be hard to imagine, as you start out on your foster care journey, a day coming when you want to end a foster placement.

But those days do come. Not for every foster carer, and not often, but it does happen. This article is designed to answer a range of questions you might have, as a foster carer or prospective foster carer, about potentially ending a placement.

READY TO TALK? If you’re in London and want to talk to someone about becoming a foster carer, get in touch.

If you want to know more about becoming a foster carer in London, ask our team here

Why do foster placements sometimes end?

The reasons that foster carers sometimes want to end a placement are as diverse as the people, the situations and the experiences that make up any foster family. What some families may sail through, others will struggle with.

A foster carer may wish to end a placement if they are being physically hit or abused, for example, or if the foster child is making allegations against them. This is understandable. These situations are hurtful, and foster carers are only human, after all.

Other foster carers have ended placements after they’ve repeatedly tried to manage the behaviour of their young person but have been unsuccessful. One example might be the foster child smoking indoors, affecting the health of their biological children, and refusing to alter their behaviour.

Most breakdowns, though, come about because foster carers aren’t having a conversation with their supervising social worker, so they don’t have anyone to offload to, to help them understand what’s normal, to interpret the child’s behaviour, or to provide them with strategies to bring about a change. (More on that later.)

The important thing to note about ending a foster placement is that it is a big decision. Ultimately, it is the carer’s decision – but it’s also not one that should be made lightly.

How to support a foster child who is using drugs

Ending a foster placement and the effect on the child

Looking after foster children is different to looking after your own children, so it’s vital to be realistic about the fostering experience.

These are children who come from backgrounds of trauma. They have difficulties forming attachments and they don’t trust adults because they’ve been let down before. They don’t have adults in their lives who have ‘got their back’. That’s often the cause of many of their behaviours.

So a young person in foster care who is testing and pushing boundaries with behaviours such as refusing to follow house agreements, making allegations or physically hitting carers, may actually be testing your commitment.

They may believe that if they show you their true colours, their ‘worst self’, then you will give up. For some foster children it’s better to test that before they start to like you and then get hurt when you decide to end the placement.

It can also sometimes be about the child or young person wanting to control a situation. They have had such little control in their lives as younger children. They were powerless against the abuse that occurred. They have also felt powerless about the decisions made about their lives in the care system.

Sometimes the only way they can feel control is in relationships with carers. They might need to test how safe you are as an adult. Do you have ability to remain the person in control? Are you able to respond in safe and understanding ways to their behaviour? Or will you lose control of your emotions, lose control of your authority as a parent, give in to their demands, shout, hit them or ask them to leave?

It’s as if children have been trained how to test a carer’s true abilities and are putting them through an ‘initiation test’.

If you pass this test, your reward is moving into a new phase of relationship — a place of safety and trust. Once you are trusted, that’s when the good stuff starts to happen.

If you’re thinking about becoming a foster carer, you need to keep this one key idea in mind and let it be your guiding force:

You need to show the young person you won’t give up on them — that adults don’t just give up.

Top tips on how to end a foster placement therapeutically

What happens if I want to end a foster placement?

If you want to end a placement, the first thing to do is talk to your supervising social worker.

We put a lot of time and effort into building deep trust with our foster carers, so in difficult moments — when they have a bad day with a child and can’t cope — they feel they can contact their supervising social worker. We’re all in this together and as a foster carer, you are never alone.

Before we explore the process of ending a placement, let’s hear from a real foster carer about her experience.

Her name is Saira and she’s a foster carer in Essex, east of London. She had a young foster child who was both physically abusive and making allegations.

What kind of support does a foster carer get?

“The child was quite challenging and I thought that I could not cope anymore,” Saira said. “I spoke to my supervising social worker and they immediately gave the child respite care.

“So this actually made me think and I was able to separate the child from the behaviour and that encouraged me to say no, I would not give up; I would continue with this child.

“We had talks with the social worker from Lika. She was brilliant. She never pushed me to look after the child. She said, ‘whatever you decide, we are with you’.

“She gave strategies for managing the child’s behaviour. We did lots of one-to-one work. We had a few sessions to build the relationship between me and the child.

“So my advice to anyone thinking about ending a placement is to be patient. Do not make decisions immediately – when the child is upset and you are upset, you shouldn’t make decisions.

“Give yourself at least one week to digest the whole situation and then decide what to do because it’s a big thing to say ‘I don’t want to have the child anymore’.

“Reflect on what has happened and why the child has behaved like this. Don’t think the child is the behaviour. Separate the child and the behaviour and look for the reason and then you can make the decision to end the placement if you think there is no way you can relate to the child.

“Everyone is different. Some people can manage challenging behaviour and some people might not find it easy. I have previously looked after many children with autism, ADHD and so on, so I’ve had lots of experience and training.”

What is a systemic approach to foster care?

What happens if I do finally decide to end a foster placement?

If you decide to end a placement, that’s absolutely fine – it’s your choice. Your supervising social worker will encourage you to talk about the issues you’ve been having, so they can understand where that decision is coming from.

They will want to feel reassured that it’s not just something you’re rushing into in the moment because you’re emotionally upset or because you think you’ve run out of ideas or strategies for managing the young person’s behaviour.

They really just want to make sure it’s a decision you’ve thought through, are taking seriously and have made without regret because, obviously, once you make the decision formal it will impact on the relationship you have with the foster child — and it’s hard to take that back.

It’s entirely possible you and the social worker will explore the placement and realise it isn’t a great match. Maybe there are new behaviours or new risks you or they hadn’t been aware of, for example.

If, after exploring all of that, you and the supervising social worker come to the conclusion that placement should end, the local authority will then have 28 days to find a foster family for your young person.

Ideally, you would be willing to look after the child until the right match can be found for the child.

Will ending a foster placement affect my ability to foster again in the future?

Ending a placement won’t necessarily affect your ability to foster children again in the future. It depends on the circumstances.

If a placement ends because foster carers weren’t communicating with their supervising social worker and ended a placement abruptly, that’s a problem. Foster carers need to tell their foster care agency when they’re not coping. If they’re not doing that, then any agency would have some concerns about a person’s suitability to be a foster carer.

The ending of a placement, like many situations in life, should be managed in a professional way. It is something we can all learn and grow from.

The following situations are unlikely to negatively impact your ability to care for foster children again in the future:

A final word on ending a foster care placement

For most carers, if you’re determined to work through any issues you’re having with your young person, you can.

We try to help foster carers realise that if you work through these problems, the relationship actually gets better in the aftermath.

That’s the weird and wonderful thing about relationships. If you manage to come out the other side, you’re usually stronger for it.

Being a foster carer is a role like no other. Successful foster care requires an excellent support network and team around the placement. Lika is an innovative agency that uses systemic family therapy as a model to guide everything that we do. If you’re interested to know more, give our team a call on 0208 667 2111 or at enquiries@likafamilyfostering.co.uk 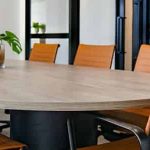 What is it like appearing before a fostering panel?Advice for Carers, Becoming a Carer 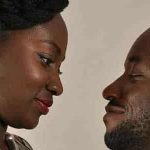 Does my partner have to be involved in foster care if I am?Becoming a Carer